LISTEN TO "LATENCY" AND "AIRCRAFT" ON SPOTIFY

Brilliant compositions, hard swinging ensemble parts, and stunning soloists is what quickly made Kathrine Windfeld Big Band (KWBB) one of the hottest jazz acts in Denmark.

The band won a prestigeous Danish Jazz Grammy 2016: ”New Jazz Artist of The Year”with their debut album AIRCRAFT – which was nominated in further two categories -”Album Of The Year”, and ”Composer Of The Year”. Furthermore, her outstanding composing- and arranging skills were awarded with the prestigeous 1-year grant from The Danish Arts Foundation in 2017.

In May 2017 KWBB released their second album, "Latency" on the renowned Scandinavian label Stunt Records. The album has already gained international attention and a feature in Jazzwise - Europe's leading jazz magazine.

In 2014-15 KWBB had a weekly gig at the exclusive jazz club The Standard in Copenhagen, and has been playing with international artists like Mike Stern (USA) and Gilad Hekselman (ISR).

In 2016, KWBB was chosen among the exclusive few to perform at Jazzahead in Bremen, Germany for an enthusiastic gathering of international bookers and music business people.

Outside her work with her own bands - ranging from quartet to big band – and a collaboration with the Danish Radio Big Band, she is booked as “Artist in Residence” in Holland and Norway for the autumn season 2017.

"Ms. Windfeld is bound to have an important future."

"Her music had cracking swing in abundance, full and richly diversified voicings but above all the confidence to exploit a wide dynamic range. Check out her striking compositions and the instrumental prowess of her young, chiefly Nordic, band"

"Latency is a compelling album by an outstanding Danish Big Band...The world is surely Kathrine's

oyster if she can continue in this vein." 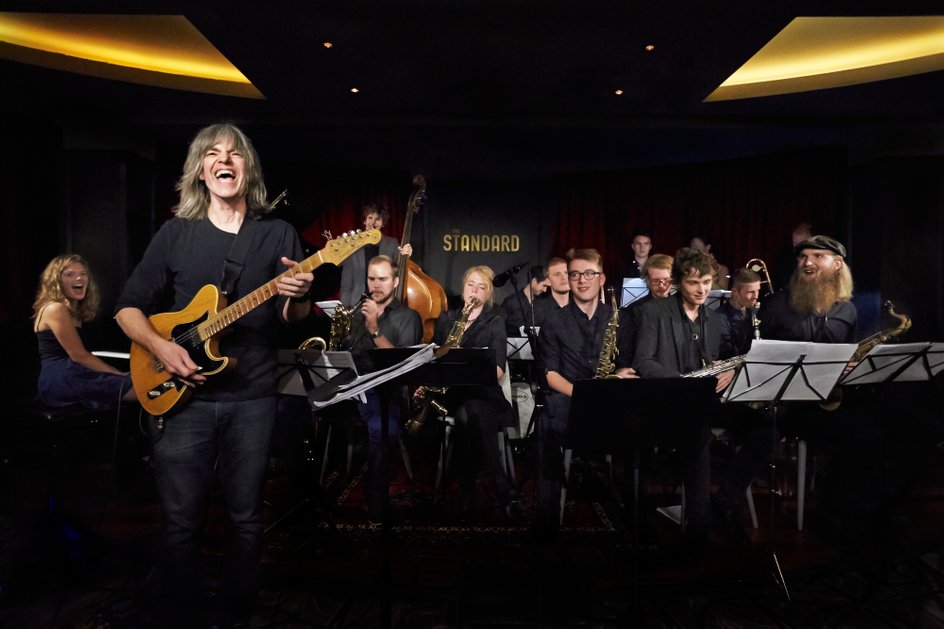